Mediation refers to a process whereby two parties in conflict sit down with an unbiased individual in the middle. This person helps to facilitate constructive discussion and diffuses anger between parties. Strong emotions and a game of one-upmanship merely add fuel to the fire of anger and resentment which causes proceedings to become nasty so that two people, or two groups, cannot resolve their differences sensibly.

What these parties need to be able to do is compromise. Few situations which require mediation will be black and white. Both parties must be willing to take responsibility for their actions. Although mediation might not result in someone admitting to having made a mistake, this individual might at least be made to see sense from a financial angle.

Consumers use mediation in an effort not to go to court with their complaints. Mediators take on cases from people who are getting a divorce or separating, or neighbors having an argument about who should pay damages caused to a wall situated between both parties. There are many serious complaints, as well as plenty of petty ones, circulating in the UK courts today.

In an effort to free up the system, the courts expect individuals to try and resolve their differences through mediation. They encourage disputing couples, people with financial or workplace disputes, and angry neighbors to seek out a mediator and even impose financial penalties on parties who will not agree to take this step.

Where a couple is facing divorce and needs legal assistance, there is money provided for mediation in an effort to keep the pair from seeing a judge. Going to court costs more money for participants and the system, especially if parties need to be subsidized.

Also, with the help of a mediator, lawyers might not even need to get involved. Lawyers, though skilled and important, are interested in ‘winning.’ Mediators see that both sides need to compromise so that everyone wins. They facilitate calm and sensible communication by offering objective input which a family member or friend could not hope to offer.

Mediation is not free, but there are free consultations available for consumers who think a mediator might help them avoid their day in court. At least with mediation, it is possible to arrange suitable times to meet, rather than having a judge appoint a time which suits the court. Meanwhile, you are more likely to emerge from a mediated discussion with dignity and some money left in your pocket than if you push for a court hearing. 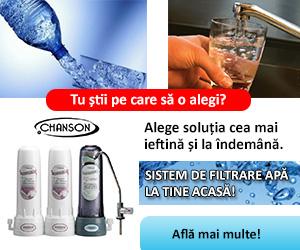